Campbell Lutyens has published its annual report on the global secondaries market, providing insight on current market dynamics and outlook for 2018. The report is based on proprietary data and survey responses from more than 50 of the largest and most active secondary funds globally.

In 2017, $32 billion of dedicated secondary capital was raised, almost double what secondary buyers indicated they would seek to raise at the beginning of the year. Transaction volume increased by 41% over the previous year, estimated at approximately $48 billion, with LP-led transactions continuing to dominate.

“By all indications, the secondary market will continue to be robust in 2018,” said Gerald Cooper, Partner. “With dedicated secondary funds increasing in size and new players entering the market, signs point to transaction volumes that match or outpace 2017, as well as more complex transactions being brought to market.”

For more information and to request a copy of the report, click here 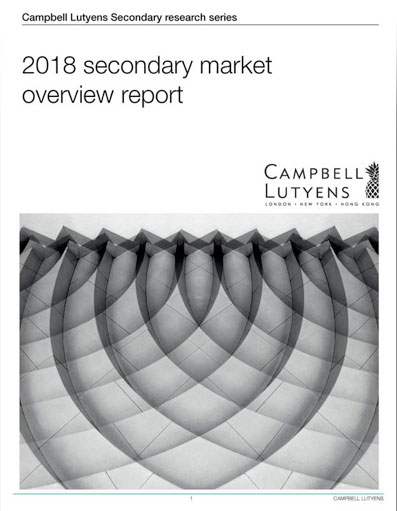