Campbell Lutyens has published its annual report on the global secondaries market, providing insight on current market dynamics and outlook for 2019. The report is based on proprietary data and survey responses from more than 60 of the largest and most active secondary fund globally.

Despite volatile public markets and an uncertain global macroeconomic backdrop, secondary activity was robust in 2018. Transaction volumes reached an all-time high of $73 billion, up by approximately 45% over 2017. The market’s capacity for large deals was put to the test and the second half of the year proved to be particularly strong with at least eight billion-dollar-plus transactions successfully signed.

“The transaction pipeline for 2019 continues to build momentum and all signs point to a year that could eclipse 2018,” said Gerald Cooper, Partner. “With the broad acceptance of GP-led deals, innovation in the asset class will come in the form of strategy specialisation and more complex transactions.”

For more information and to request a copy of the report click here. 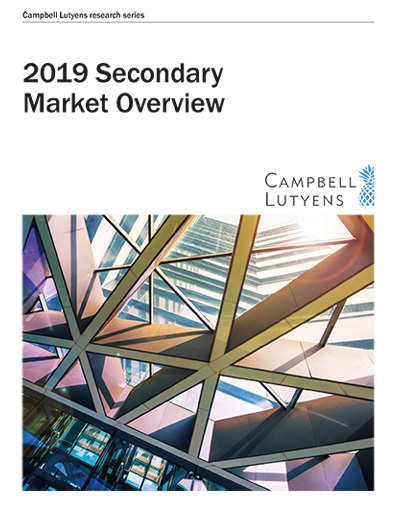